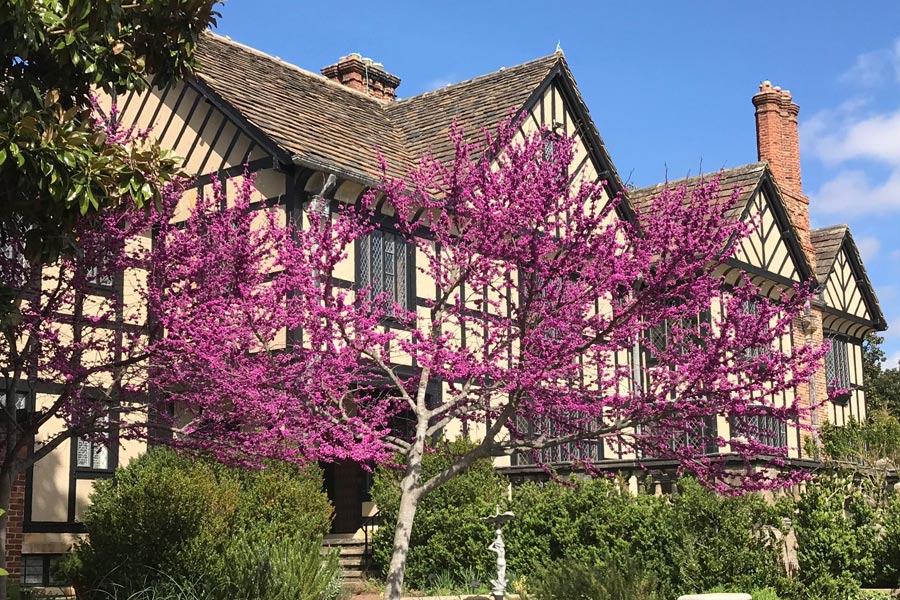 Come to Richmond, VA and step back in time to ... 16th century England? It's true! You can tour Agecroft Hall & Gardens, a historic Tudor manor house moved from Lancashire, England and rebuilt in Virginia in the 1920's.

Agecroft Hall was originally built in England, near the Irwell River, in the late 15th century. The stately manor house served as part of the Langley/Dauntesey family estate for hundreds of years. When the coal mining boom at end of the 19th century transformed the landscape around the manor to an undesirable state, however, the family decided to sell it off.

Finding a new owner for the historic but now unfortunately located estate proved difficult and it eventually went to auction. That's where wealthy Virginia entrepreneur, Thomas C. Williams, Jr., picked it up for a cool $19,000 in 1926. Williams had no plans to move to England, though. Instead, he was moving a little bit of England to Virginia! 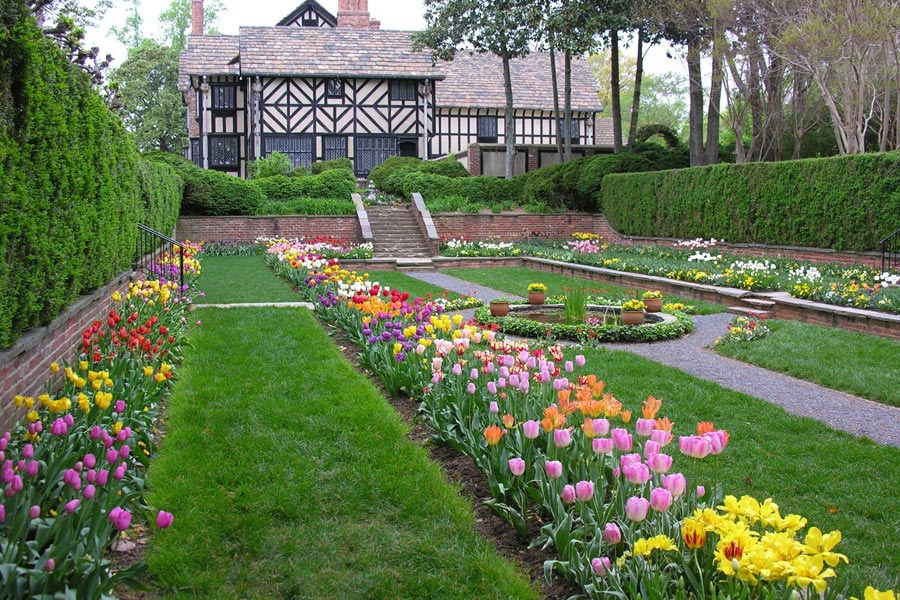 Williams had the historic manor house dismantled and transported across the Atlantic for reconstruction on his 23 acre estate in Richmond. By spring, 1928 the two year, $250,000 reconstruction project was complete.

The American version of Agecroft was not a replication of the Lancashire house but a comfortable approximation. The building's original floor plan was ignored and a variety of 20th century conveniences added.

Williams enjoyed less than one year in Agecroft Hall before passing away in early 1929. Hi wife, Elizabeth Williams, continued to live in the house until 1967. Then, as Williams' will stipulated, Agecroft become the house museum we know today.

Agecroft Hall is located at 4305 Sulgrave Road, in Richmond's Windsor Farms neighborhood, not far from downtown. The hall and gardens are located on 23 acres overlooking the James River. 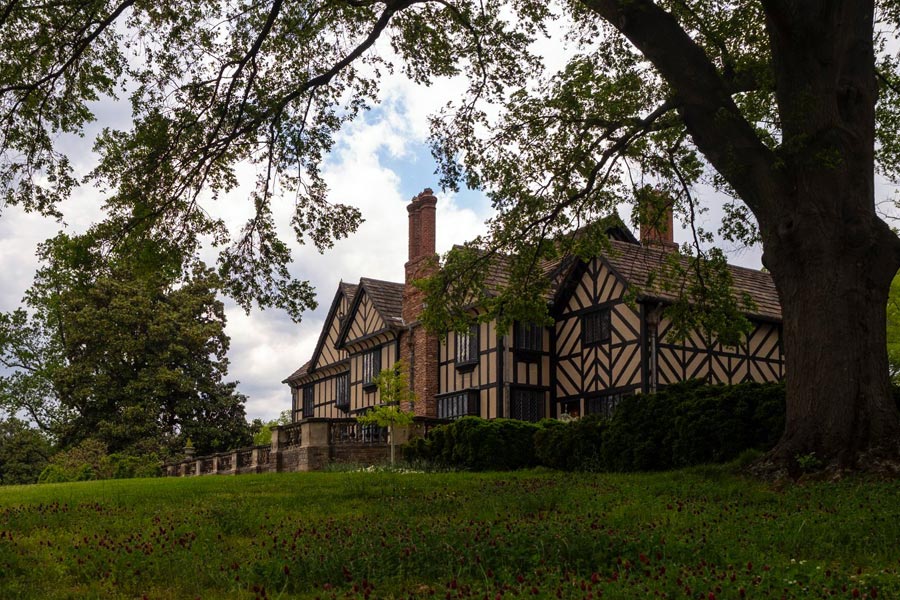 Visitors to the museum can enjoy self-guided or guided tours of the house and gardens. Special events, including costumed living history events, occur throughout the year.

Agecroft Hall is also the site of the annual Richmond Shakespeare Festival, typically held in June-July. What better location to see Shakespeare's works than in the courtyard of an authentic Tudor house that stood in England during the Bard's lifetime!

Learn more about this popular historic house museum and gardens at the Agecroft website. You can also find Agecroft Hall on Facebook.

The Finest In Virginia Lodging

Nothing makes or breaks a vacation faster than the quality of your accommodations. It doesn't matter how fabulous a location is. You won't enjoy yourself, stuck in some uncomfortable and impersonal hotel room. A locally-owned Virginia inn, on the other hand, treats you like royalty. Historic homes, rustic retreats, and resort-like estates offer unique and unforgettable Virginia lodging experiences. Make the most of your time away with accommodations at a Virginia bed and breakfast.