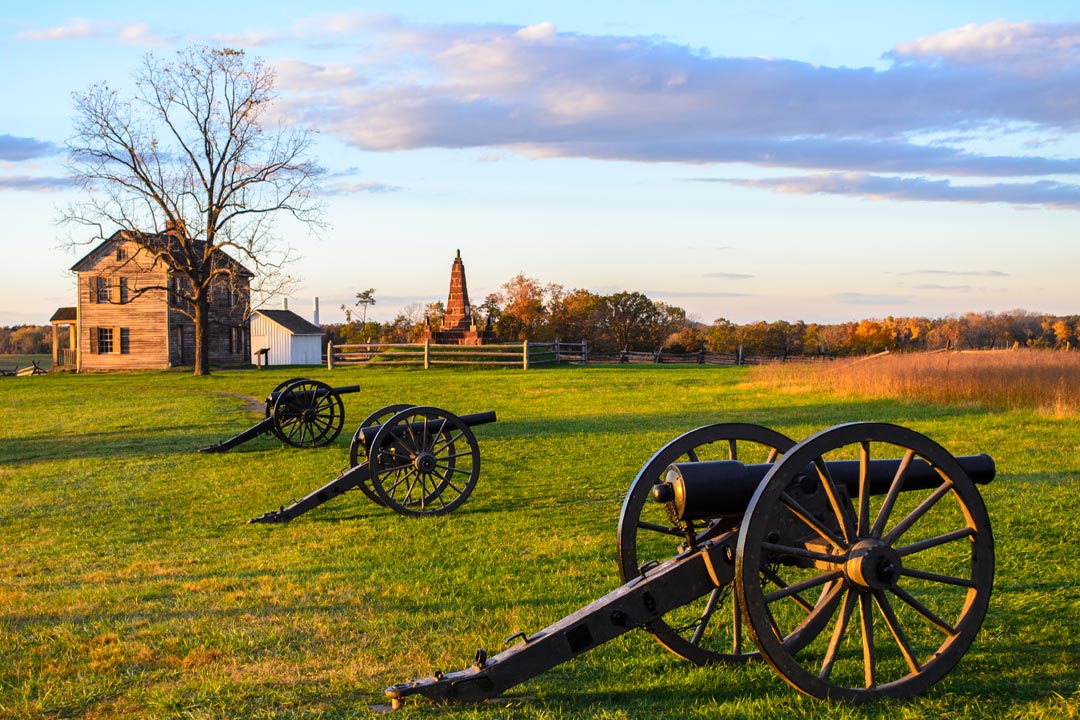 Virginia’s Manassas Battlefield Park is the historic location of the the first major land battle of the American Civil War, also known as the First Battle of Bull Run. Guided tours, historic sites, scenic vistas, walking trails, and more transport visitors back in time at the park.

No one with even a passing interest in American history can hear the name “Manasas” without thinking of the Civil War. Our nation’s first major internal battle left scars that are felt to this very day.

It was July 21st, 1861 and the war was only three months old. Federal forces, led by Brigadier General Irvin McDowell, clashed with Confederate troops commanded by General Pierre G. T. Beauregard. The battle was supposed to be short, the Union troops victorious. A group of spectators from Washington, including some congressmen, picnicked on a neighboring hill to watch the fun.

As you likely already know, it wasn’t fun and it wasn’t short. The Union suffered 2,800 casualties, the Confederates over 1,900. Neither side was prepared for the battle and the Union fled the field in full rout. Manassas was the first clue that America’s Civil War was going to be a long, hard fought, bloody affair.

August 1862 saw another major battle fought here.  The Second Battle of Bull Run saw the Union defeated once again, opening the way for the south’s first invasion of the north.

Visitors should begin at the Henry Hill Visitor Center to view the daily schedule and see all the park has to offer. A free, 45 minute film detailing the battlefield’s history is shown daily.

The Henry Hill Visitor Center Museum contains a number of artifacts and exhibits from the First Battle of Manassas. Watch as troop movements from the battle unfold before your eyes on a fiber-optic battle map.

Henry Hill Visitor Center is also home to a bookstore offering an extensive collection of books and DVD’s on the Civil War and Northern Virginia history. The store also offers a variety of related souvenirs.

Other activities include a self-guided driving tour, hiking and bridle trails to key battlefield sites, and guided tours. 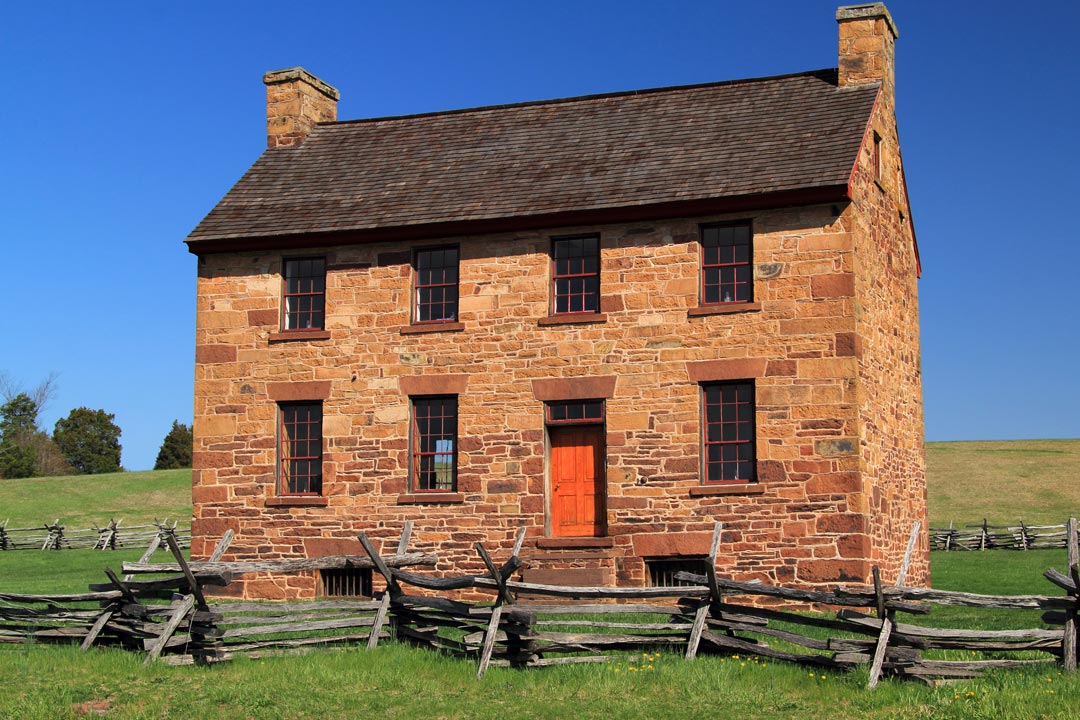 The 2019 schedule below is valid through November 30, 2019.. Be sure to visit the site in spring to see the new season’s events!

Henry Hill Walking Tour
Daily at 11am and 2pm

From historic Civil War battlefields to NASA rocket launch sites, Virginia has something for everyone. So why let second rate lodging ruin your stay? A Virginia Inn will coddle you with uncommonly plush guestrooms, luxurious amenities, delicious breakfasts, and a local’s knowledge of the area. So go ahead, make your Virginia getaway the very best it can be with a stay at a Virginia bed and breakfast!