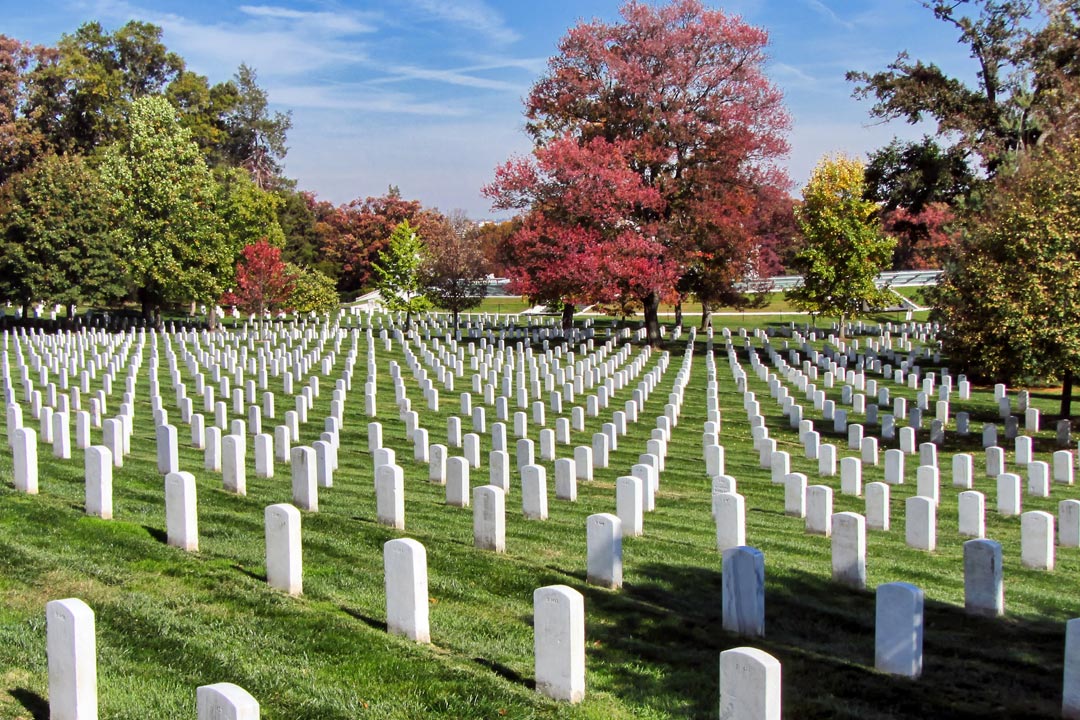 Arlington National Cemetery is the final resting place of more than 400,000 military veterans. Some of the graves go all of the way back to the Civil War. It’s also home to The Tomb of the Unknown Soldier and the graves of numerous of our country’s famous leaders, lawmakers, and even celebrities.

Arlington National Cemetery is located in Arlington, VA across the Potomac River from Washington, D.C. at the end of Memorial Avenue. What began as the estate of George Washington Parke Custis, grandson of Martha Washington, is now our nation’s largest military cemetery.

Though the cemetery is active, conducting up to 30 funerals a day, it is also open to the public 365 days a year. People travel from around the world to pay their respects to those interred within.

Some are visiting family members they have lost. Others simply wish to pay their respects to the thousands who have given their lives in the name of freedom. There are graves here for casualties from every conflict in our country’s history since the Civil War.

Visiting Arlington is a sobering and moving experience. The sight of the seemingly endless rows of white headstones receding into the distance can be hypnotic and overwhelming. You’d hardly think the signs reminding visitors to observe a respectful silence during their visit would be necessary.

Many visit the cemetery to tour the final resting places of historic leaders and other celebrities.

The list of famous people buried at Arlington National Cemetery is startlingly long and diverse. We tend to think of Arlington in military terms – and so we should – but soldiers aren’t necessarily soldiers their entire lives!

Famed pulp author Dashiell Hammett is here, along with bandleader Glenn Miller, and actor Lee Marvin. The Space Shuttle Challenger astronauts and the Tuskegee Airmen are also buried here. So, too is “The Brown Bomber,” Joe Louis, and arctic explorer Admiral Richard Byrd. The list goes on.

Some of the most famous graves, of course, are those of President John F. Kennedy and his family members, including Jacqueline Bouvier Kennedy Onassis and Robert F. Kennedy. 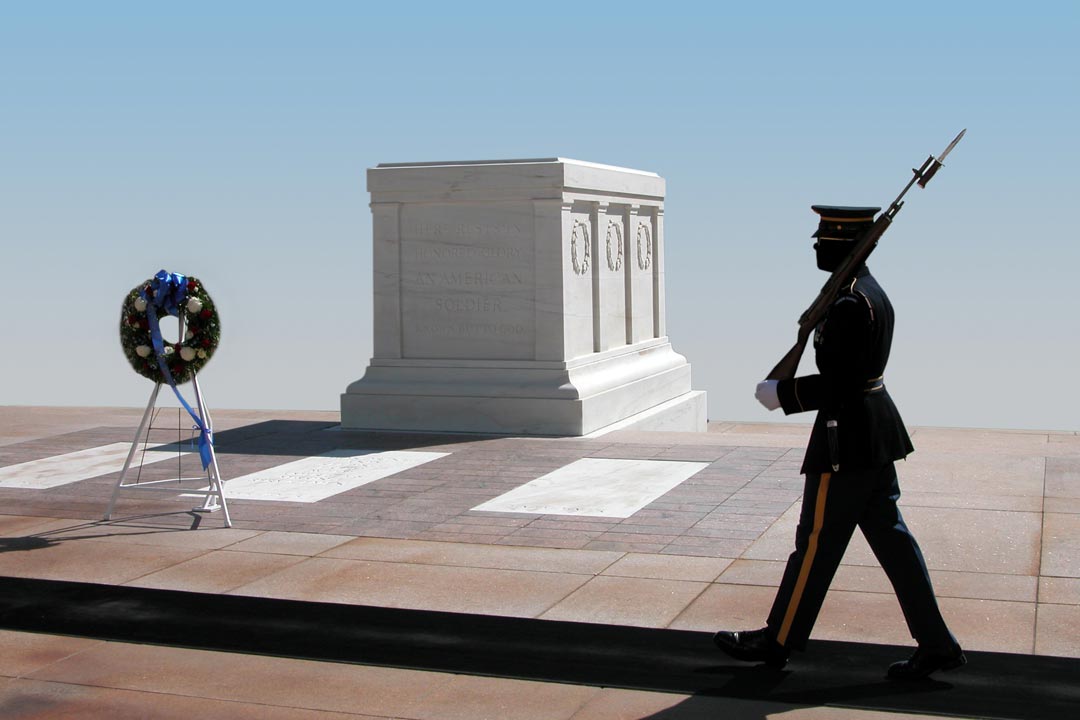 Another heavily visited monument is the Tomb of the Unknown Soldier, which is guarded 24 hours a day, 365 days a year.

Arlington is also the site of Arlington House, the former residence of General Robert E. Lee. The historic home has been preserved and sits on a hill overlooking the cemetery. It was initially built as a living memorial to George Washington and has a fascinating history. Learn more during your visit with an Arlington House tour.

Arlington, VA 22211
The cemetery is located across the Potomac River from Washington, D.C., at the end of Memorial Avenue. Interpretive bus tours of the cemetery are also available. Visit online via www.arlingtoncemetery.mil.

There are endless things to see and do in Virginia but you’ll have to stop for a rest at some point! Make your vacation the very best it can be with a stay in a Virginia bed and breakfast. Virginia B&B’s are your one stop shop for accommodation comfort, value, and an insider’s knowledge of the area. And those breakfasts! Find a Virginia Inn near your destination now.