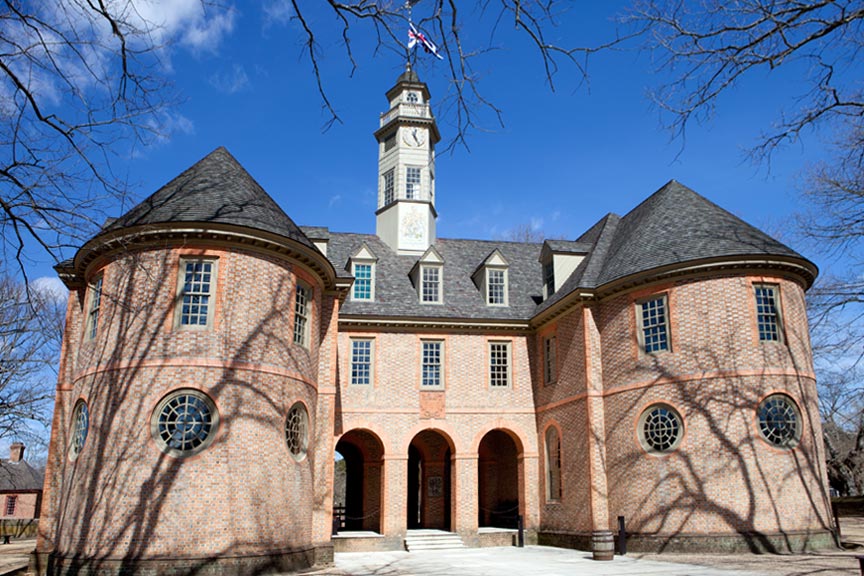 Colonial Williamsburg, the world's largest living history museum, brings the past to life through real experiences. In fact, there's so much to do and see, one visit may not be enough!

Williamsburg was the capital of Virginia from 1699 to 1780. During this time, it was the largest, most populous, and most influential of all American colonies. Had it not been for the British threat during the American Revolution, Williamsburg might still be the state's capital.

The point is almost moot, however, because you can visit a part of Williamsurg that is still capital of Virginia. Colonial Virginia, that is.

The idea for Colonial Williamsburg arose in 1926, when Reverend Dr. W.A.R. Goodwin, began a movement to preserve and restore a few of Williamsburg's historic buildings. When philanthropist John D. Rockefeller Jr. signed on to the project, it began to grow. By the time they were finished, 85 percent of the original colonial capital had been restored.

The effort was one of our country's largest history projects and its stunning end result continues to entertain and educate visitors to this day.

Unlike amusement park-like attractions, Colonial Williamsburg is not make believe, the "actors" aren't acting. Well, they're not really from the 18th century, of course, but they are real skilled artisans and apprentices living out their parts. Silversmiths at Colonial Williamsburg are really smithing silver and the carpenters are really working wood, using the tools and methods from centuries passed.

Visit the marketplace, see the prisoners in the gaol, have an ale at a tavern, and chat with the town's residents. Expanded Experiences provide such an in-depth understanding of life in the 18th century that you'll feel you've stepped back in time.

Whether you're here as a serious history buff or are just looking for some fun, Colonial Williamsburg will deliver.

No matter where you go during your Virginia getaway, somewhere nearby, there's a Virginia bed and breakfast keeping a bed turned down for you. Comfy guestrooms, delicious breakfasts, plush amenities, and an insider's knowledge of what there is to see and do in the area: that's the B&B promise. Find your Virginia home away from home today!