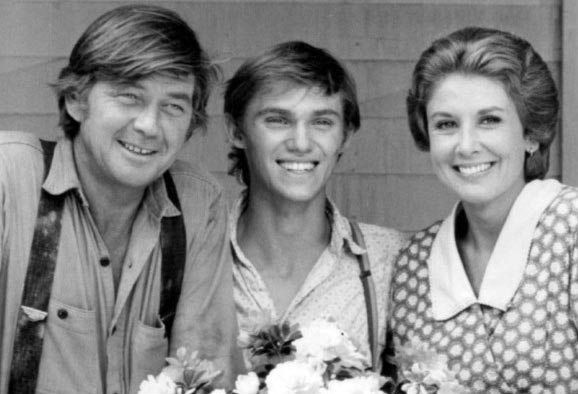 It has been almost 40 years since "The Waltons" final episode ran on CBS. Despite this, the fame of television's, depression-era Virginia family lives on at the Walton's Mountain Museum in Schuyler, VA. If you're a fan of the award-winning television program, you owe it to yourself to visit!

These days, the name "Walton" is more often associated with an American multinational retail chain than it is a popular television show. For those of us who grew up in the 70's, however, the name "Walton" still brings up memories of John-Boy, Mary Ellen, Grandpa, Ike Godsey, and the rest.

"The Waltons" aired for nine seasons, between 1972 and 1981, on CBS. The series was based upon the book "Spencer's Mountain" by Earl Hamner Jr., who also narrated each show. While the television series took place on a fictional "Walton's Mountain," in Virginia, and the book on "Spencer's Mountain" in Wyoming, both are actually based on Hamner's hometown of Schuyler, VA. Consequently, it should come as no surprise that the Walton's Mountain Museum is located right here in Schuyler, VA. In fact, the museum is housed in Earl Hamner, Jr.'s old high school!

Visiting the Walton's Mountain Museum is a special experience that blends both history and nostalgia with just a touch of Hollywood.

The museum has seven rooms containing memorabilia and replicas of sets from the television series. You can visit the Waltons' kitchen, living room, and John-Boy's bedroom. You'll see the radio the family used to cluster around, Mary Ellen's wedding dress, and even Judge Baldwin's whiskey still. Sadly, no samples of the Judge's "recipe" are offered. Where are the Baldwin Sisters when you need them?

The museum gift shop is housed in a replica of Godsey's General Mercantile and contains a number fun and fascinating exhibits. You'll expect Ike and Cora Beth to appear at any moment.

Visiting Walton's Mountain Museum is a great way to step back in time to both the television show of the 70's and the real world of rural, depression era, Virginia. Don't miss it!

6484 Rockfish River Rd, Schuyler, VA 22969
The museum is open from the first Saturday in March to the first Sunday in December, 10am to 4pm.
Visit www.waltonmuseum.org for more information.

Central Virginia Lodging
Visiting Walton's Mountain Museum is a great idea - but they're not going to let you sleep in John-Boy's bedroom! For real comfort and value in lodging during you Virginia getaway, stay at a locally owned and operated Virginia B&B.