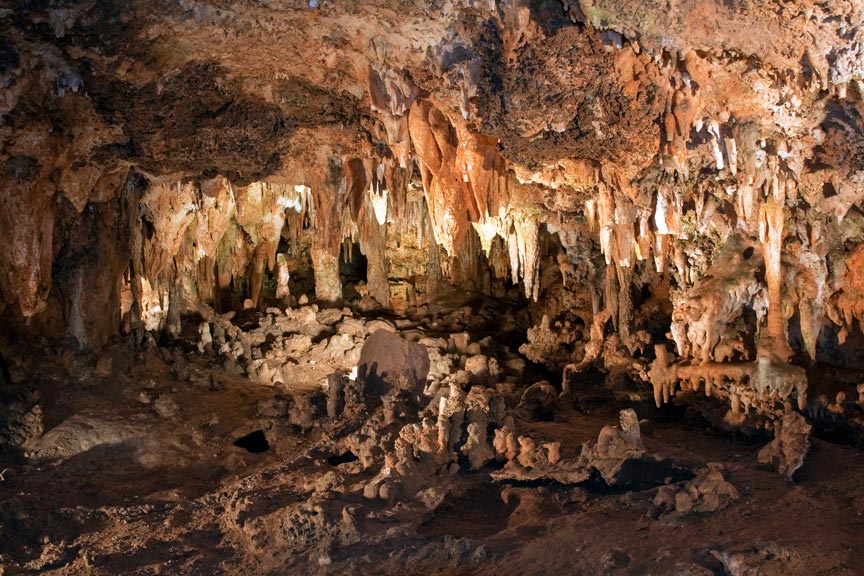 Grand Caverns was discovered in 1804 by a trapper looking for a lost trap and hasn't had much in the way of a quiet day since. The cave is located in Virginia's Shenandoah Valley region, west of Shenandoah National Park.

The Shenandoah Valley has long been known for its caves. In fact, well before the discovery of Grand Caverns, George Washington and Thomas Jefferson visited the area to map known caves. Both of their signatures can still be found on the walls of adjacent Madison Cave!

It can be hard to imagine figures of such legend casually vandalizing a natural landmark - but times and understanding have changed. While most of us know better than to purposefully scar something as beautiful Grand Caverns, that kind of thinking was rare in the 1800's. Consequently, one of the attractions to Grand Caverns are all the Civil War soldier signatures.

As you likely already know, the Shenandoah Valley was of strategic importance during the Civil War. Both Union and Confederate armies camped near the caves during the war years and many soldiers left their signatures scratched into the cave's soft, limestone walls.

Caves and other natural resources were viewed very differently in those days. At one point, they even held dances and balls in Grand Caverns! The damage these events caused became evident rather quickly, however, and the practice was eventually stopped.

Today, visitors to the cave will thrill at the sight of thousands of stalactites, stalagmites, and gleaming curtains of calcite and limestone. Grand Caverns features a number of easily accessed, large rooms filled with flowstone cascades and fascinating shield formations.

Entertaining and informative tours of the cave are offered several times a day. The tours last around 70 minutes and you may want a light jacket - it stays a constant 54 degrees Fahrenheit inside the caverns!

For a more wild tour, consider signing up for a guided Adventure Tour of nearby Fountain Cave. Fountain Cave is a former commercial cave that was closed to the public for almost 100 years. Fountain Cave is far more natural and primitive with no lights and only a rugged pathway from the 1800’s.

Other attractions around Grand Caverns include miniature golf, a swimming pool, hiking, fitness, and biking trails, fishing, and picnic areas.

5 Grand Caverns Dr, Grottoes, VA
Visit Grand Caverns online for hours, directions, and other information. You can also find them on
Facebook.

Shenandoah Valley Lodging
No matter what brings you to Virgina's beautiful and historic Shenandoah Valley region, nothing guarantees your comfort like staying at a Virginia bed and breakfast inn. Beyond delicious breakfasts and top-tier amenities, Virginia B&B's are also typically locally owned and operated. This means they can provide an insider's view of what to see - and what to avoid! - in the local area. Why settle for some stale, cookie-cutter hotel or motel when personalized service awaits you? Book your stay at a Virginia B&B today!